Chira Kelly thought
she didn’t need anyone…until she met Ben.
Because of one ugly rumor, Chira lives as an outcast at her
school. Which is fine with her, because she works better alone. Always has,
always will. And at least she has her one and only true friend, Tasha. When
Tasha insists that they join a group to visit a possibly haunted abandoned old
schoolhouse, she’s wary, but joins her friend. Because of that decision, their
lives are in jeopardy as a malevolent spirit targets the group. Tragedies and
accidents pick them off one by one, and Chira finds herself drawn to the one
person who can see the truth. But can he protect her?
Buy on Amazon for only .99!
Join the event!! We will be having some Harry Potter themed fun on Monday from 7-9 EST!!

Author Bio:
In simple language, Pauline Creeden creates worlds that are both familiar and strange, often pulling the veil between dimensions. She becomes the main character in each of her stories, and because she has ADD, she will get bored if she pretends to be one person for too long. Pauline is a horse trainer from Virginia, but writing is her therapy. Her books have hit #1 on the Amazon Bestseller List and Armored Hearts won the 2013 Book Junkie’s Choice Award in Historical Fiction. First Impression: A Shadow Maven Paranormal is her first mystery. It’s a dark urban fantasy and will be released March 24, 2014.

See the giveaway details
at Goodreads.

She rips my hall
pass from her pad and points it toward the young man sitting across from her
desk. “Chira Kelley, meet Ben Oscuro. He’s new here and needs someone to show
him around. It just so happens he’s also a member of class 18B.”

Jackson thought he knew what love was and feels like he missed his chance at happiness. He realizes he wasted his chances by chasing after one-night stands instead of going after what he really wanted.

Kaylie knows what loss feels like and doesn’t want to take a chance on love. She puts up walls to keep her heart protected from experiencing that kind of pain again.

What happens when a guy who refuses to lose out again meets a girl who resists him as much as she can? Will Jackson be able to hit the wall Kaylie has put up and knock it down?

I absolutely adore reading – always have and always will. My friends growing up used to tease me when I would trail after them, trying to read and walk at the same time. If I have downtime, odds are you will find me reading or writing.

I am the mother of two wonderful sons who have inspired me to chase my dream of being an author. I want them to learn from me that you can live your dream as long as you are willing to work for it.

When I told my mom that my new year’s resolution was to self-publish a book in 2013, she pretty much told me “About time!”

I was lucky enough to be invited to the re-release blog tour for Beautifully Damaged by L.A. Fiore. Check out my review below and there is even a #giveaway!

This edition of Beautifully Damaged
has been extensively revised and includes new scenes.

Ember
Walsh is a trusting soul with the quiet beauty of her late mother, who perished
in a mysterious car crash when Ember was three. A little tomboyish from being
raised by her father, Ember packs a punch when a stranger gets pushy with her
in a bar, catching the steely blue eyes of a tall, gorgeous tattooed man—Trace
Montgomery. Still damaged from her last disastrous relationship and warned off
the bad boy by friends, Ember fights the smoldering heat that Trace sparks in
her when he begins shadowing her like a dark angel.


Burdened
by a lifetime of horror and heartbreak, amateur fighter Trace doesn’t want to
want Ember. His deep self-loathing keeps him from having any meaningful
relationships, but Ember is an itch he can’t scratch. The two push and pull,
slowly crumbling their walls, seemingly brought together by fate, because the turmoil
that haunts their pasts is interlinked in undeniable ways. But can these two
fighters finally lay down their arms?

I read and enjoyed this book the first time that it came out. I can overlook small editing issues. All I have to say is WOW the author and publisher did some great work with this book. The new released version is a tight and well written book. Even having read the book before I felt like there was new definition and life in both characters.
Ember, an author, has always been a tomboy and somewhat held back by her friend, Lena. Lena has been Ember’s “friend” for many years, but really she uses her to make herself feel better. Trace has good friends in his life but believes himself not worthy of any happiness. His family, on the other hand walked away from him from the time he was a young child.
In what appears to be a chance meeting, Trace and Ember, meet at a club and sparks fly from the time they meet. Slowly over time they build a relationship, but nothing is easy for either of them. Trace on several occasions becomes Ember’s protector. As their love grows and unfolds you find that their history is unknowingly deeply entrenched in each other.
They have problems, deep problems, that I was sure that they would never be able to work out. At one point in the story I wanted to yell at Trace for being an inconsiderate jerk, and I wanted to yell at Ember for being willing to accept crap from everyone. They grow, however, these characters. They did not just meet and fall in love. They lived and they grew into better people for each other.
This book keeps your attention, its up and down, and everything in the middle. Even having read this book before and after the re-release I can honestly say that I would read it again. If you haven’t read the book, I encourage you to do so. If you have read it have another go at it, its worth your time for sure.

L.A. Fiore lives in Bucks County, Pennsylvania with her husband, two children, their dog, two kittens and Willow: their three-legged hamster. Her twin sister lives right down the street and being a seasoned zombie hunter, there is comfort knowing when the zombie apocalypse comes they’ll be ready. L.A. loves hearing from readers and can be reached through Facebook at the link below.

If you dig into the deepest parts of your soul, what would you find? Happiness, pain, love, regret,

peace, sorrow? Now imagine experiencing all those feelings at once and then nothing at all. These were

the average days in the life of Lennox. An unhealthy and unstable mind is further challenged when

fate intervenes. One tragic moment will test her wavering strength and leave a permanent scar on

her conscience. Follow her journey of rediscovery, falling in love, and searching for her own fairy-tale

Buy on Amazon and Barnes and Noble

Join the event and hang out with Dani!! We have tons of amazing prizes and games for you all!!

Where can you find Dani???? 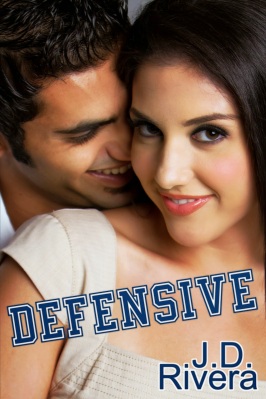 Once you find the love of your life, it’s all sunshine and roses, right?

Not for most relationships and definitely not for Vanessa Smith and Jackson Berrios.

Vanessa Smith is finally divorced from her awful ex-husband and is in a committed relationship with basketball star, Jackson Berrios. Vanessa’s ex-husband has come back into her life just when she needs a friend. The friendship could complicate the relationship between her and Jackson. Will the couple be able to get through their pasts coming back to the surface? Can two different circumstances tear them apart or sear them together? Will they iron out their problems and have a happily ever after…?

Join us Monday March 17th from 5-7 CST for some fun and games!

Hope to see you soon!